Blocked Tubes: What Can Be Done?

Blocked tubes can be a common condition, which can have a significant impact upon many women and couples. 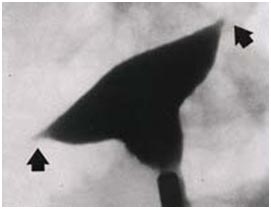 Having blocked tubes makes it more difficult to become pregnant.

When the tubes are blocked then the sperm and egg can not easily meet and pregnancy will never occur. Occasionally pregnancy will occur with partially blocked tubes but the fertilized egg will become trapped in the blockage as it tries to enter the uterus. This can result in an ectopic pregnancy.

There are two common reasons women develop blocked fallopian tubes and there are several advanced surgical procedures which can correct or reverse tubal blockage and allow a woman to become pregnant again.

How Do Tubes Get Blocked?

The most common reason for tubal blockage is tubal ligation surgery.

When a patient request a tubal ligation procedure she is asking her doctor to intentionally block her tubes in the hopes that she will prevent future pregnancy. There are many different procedures to block fallopian tubes and once the tubes are blocked then future pregnancy will be very unlikely unless the blockage is surgically corrected.

Often women will regret having their tubes blocked and will want to have additional children. Thankfully tubal ligation reversal allows women the ability to surgically unblock blocked fallopian tubes.

The second most common reason for having blocked tubes is having tubal scar tissue.

Fallopian tubes can be surgically unblocked with tubal surgery. The type of tubal surgery to unblock a tube depends on how the tubal blockage was caused and where along the tube the blockage occurs. The chance of pregnancy will be excellent for most women.

Tubal surgery can provide women with tubal blockage an alternative treatment to in-vitro fertilization (IVF).
Posted by ivfsurrogacyindiadelhi at 03:55